It is that time of year again; get the Mullein Ear Oil out. Kids getting ear infections and other respiratory infections start to happen about right now. Mullein ear oil is essential for any parent’s herbal medicine chest. It is excellent for little kids and adults alike.

Mullein oil uses the flowers of Mullein (Verbascum thapsus), also known as common Mullein. There are several other varieties of Verbascum, but this one stands out for its potency. It has been a powerful medicinal herb that has been in Europe and the Americas for many centuries. The herb is used as one of the most effective herbal remedies for ear infections and cough. Mullein is often used for issues that lead to a cough, like bronchitis. Its infused oil too has been used since ancient times for topical healing applications. Mullein can be used for ringworm and other fungal infections, like athlete’s foot.

This herb has enormous health benefits.
Expectorant – It helps to eliminate phlegm and spit it out.
Analgesic – Mullein oil is a topical pain reliever.
Antioxidant – As an herbal oil with high antioxidant capacity.
Anti-arthritic – The oil can help alleviate the swelling in arthritic joints.
Anti-inflammatory – This oil is strongly anti-inflammatory.
Anti-microbial – It kills many species of fungi, bacteria, and even viruses.
Diuretic – As a tea, it promotes the release of urine, helping to get rid of water retention.
Muscle relaxant – It can be made into balms, ointments, and creams to help relieve muscular tension and pain.

Alternatively, you can do a cold infusion method. This is when you place the flowers in a jar, cover them with oil, and allow the combination to sit for two weeks, shaking lightly two times a day. Strain after two weeks. In addition, I suggest hot in this instance because usually when parents need these recipes, someone has an earache, and the crockpot method is speedy. 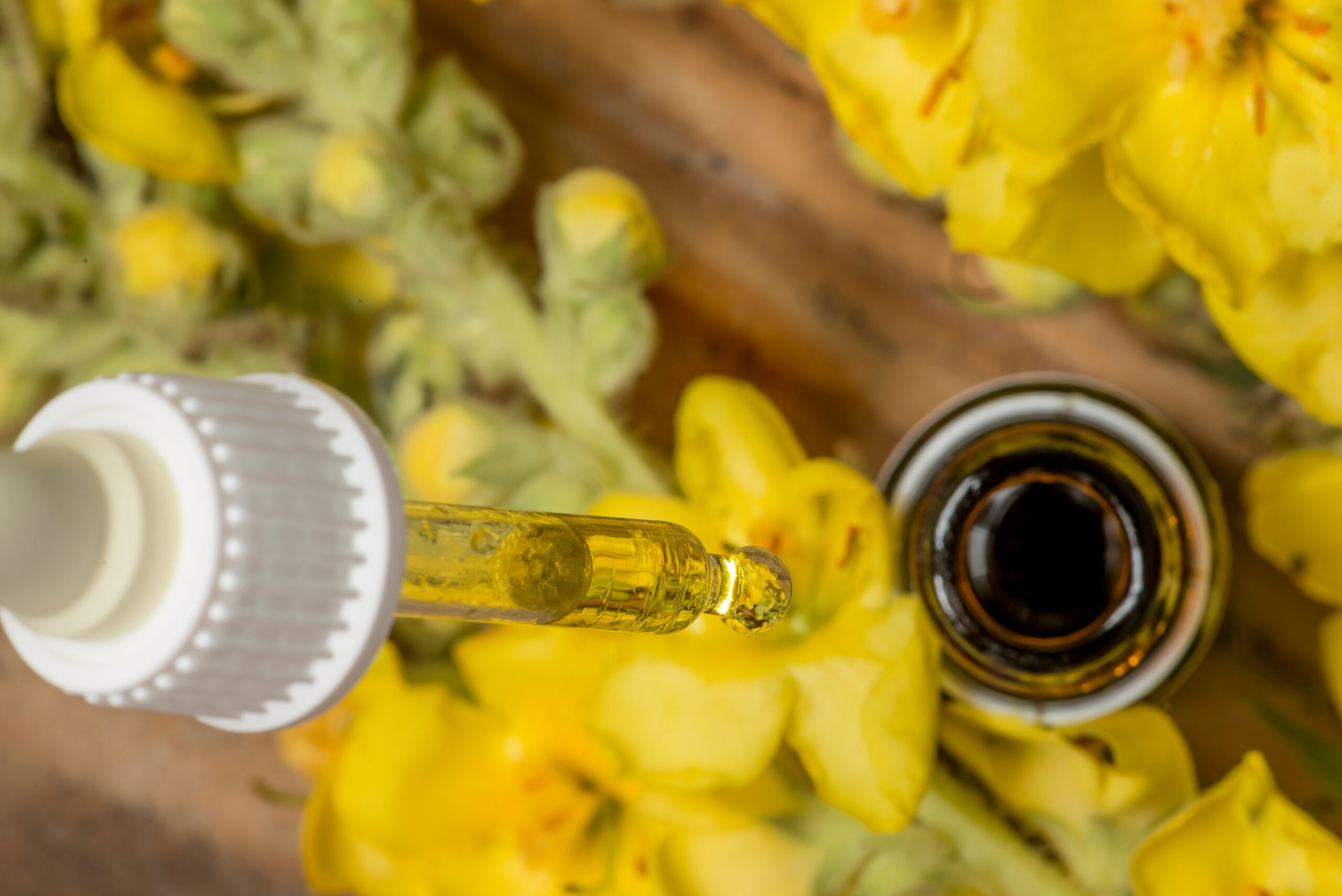 Want to learn how you can work as an herbalist? Or have the skills to care for your family?

No comments to show.